Italian Landscape – A View Near Tivoli by Joseph Wright of Derby came to the studio following an accidental damage whilst on loan. The painting had received an impact from behind which resulted in quite a complicated tear that had become further distorted during the time between the incident and the paintings conservation. The broken edges of the canvas and paint layer didn’t align in many areas and were therefore overlapping in others. 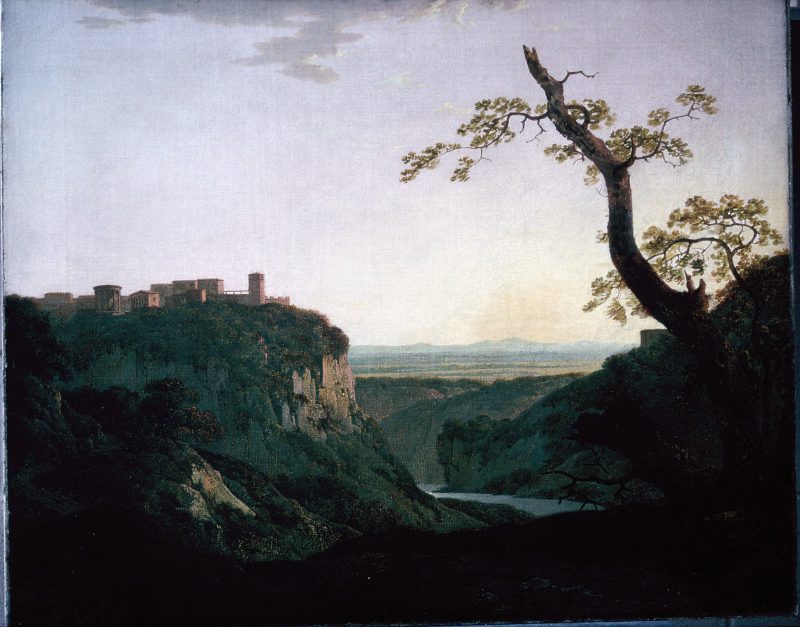 Portrait of a Young Boy by the artist James Sant came to the studio from a house in London, where it had been in storage since the 1940s after suffering extensive bomb damage during the war. As can be seen in the before retouching image large sections of the sky and figure had been completely destroyed. Whilst the studio usually retouches paintings mimetically other options are always considered and in this case a different approach was taken. Due to the large scale damage it was decided that a technique close to that of tratteggio would be more appropriate to reintegrate the loss. The method consists of layering fine lines side by side following the colour and tone of the original to diminish the loss but allowing the eye of the viewer to bring the effect to completion. This method means that the damage or history of the painting is never denied as it can be seen on close inspection of the painting but that at any normal viewing distance the eye is not distracted from the original image and intention of the artist.